Natural disasters have recently intensified in our country. One of the main causes is the impact of climate change that has continued to affect us in the past few years. Acting on this issue, the Fiscal Policy Agency (Badan Kebijakan Fiskal/BKF) held a multi-stakeholder forum titled “Green Climate Fund Country Programme for Inclusive Climate Change Finance” in a hotel in Jakarta on 30 January 2019 to discuss how the Government of Indonesia (GoI) responds to climate change.

The Green Climate Fund (GCF) is an implementing entity of the financial mechanism established by the United Nations Framework Convention on Climate Change (UNFCCC) in Cancun, Mexico in 2010. The GCF officially began operations in 2015 and is headquartered in Songdo, South Korea. The GCF funds a number of areas that are expected to have a strategic impact on climate change mitigation and adaptation.

For strategic mitigation impact, GCF funding is expected to reduce emissions from energy generation, transportation, forest and land use, as well as buildings, cities, industries, and equipment. As for strategic adaptation impact, GCF funding is expected to increase resilience on food and water, the livelihoods of communities and all Indonesian people, ecosystems, infrastructure, and the environment.

What are the GCF funding procedures related to climate change in Indonesia?

“Institutions that could submit funding proposals to the GCF are GCF-accredited entities. In addition to Accredited Entities (AE), there is also a National Designated Authority (NDA). Both are the main components in accessing GCF funding,” said Suahasil Nazara, Head of BKF, in his opening speech.

The GCF works through AE to channel its funding to a project or a program. Each developing country has an NDA as the main link between the GCF and the country. In Indonesia, the role of the NDA is entrusted to the Ministry of Finance, specifically the Fiscal Policy Agency.

“The main task of the NDA is to determine climate-related country programs. If, for example, there are project proposals from the private sector, the NDA will evaluate whether the proposals match the country programs. On this, the NDA certainly consults the Ministry of Environment and Forestry (MoEF), the Ministry of National Development Planning (Bappenas), and other related ministries or institutions”.

“After confirming the country programs, we are tasked with issuing the no-objection letter and notifying the GCF that the government does not object to the funding proposal submitted by the corresponding institution,” Suahasil continued.

Projects in Indonesia that have been approved by GCF include the Development of a Rapid Transit Bus System in Semarang by PT. Sarana Multi Infrastruktur (SMI), Geothermal Resource Risk Mitigation (GREM) by the World Bank, and a blended finance facility program for Climate Investor One by the Entrepreneurial Development Bank (FMO), and the GCF Readiness Program by the Global Green Growth Institute (GGGI) to strengthen institutional capacity of the NDA and national accredited entities.

In addition to the GCF, other multilateral climate-related funding resources consist of the Clean Technology Fund, the Amazon Fund, the Global Climate Change Alliance, the Least Developed Countries Fund, the Pilot Program for Climate Resilience, and the GEF Trust Fund.

Indonesia’s climate challenges include limited national AEs, prioritizing sectors in accordance with national development strategies, increasing the number and quality of funding proposals that fit the GCF investment criteria, and the involvement of affected communities.

A number of high-level key spokespersons attended the forum, such as Arifin Rudiyanto, the Deputy of Maritime and Natural Resources of Bappenas, and Ruandha Agung Sugardiman, Director General of Climate Change of the Ministry of Environment and Forestry. 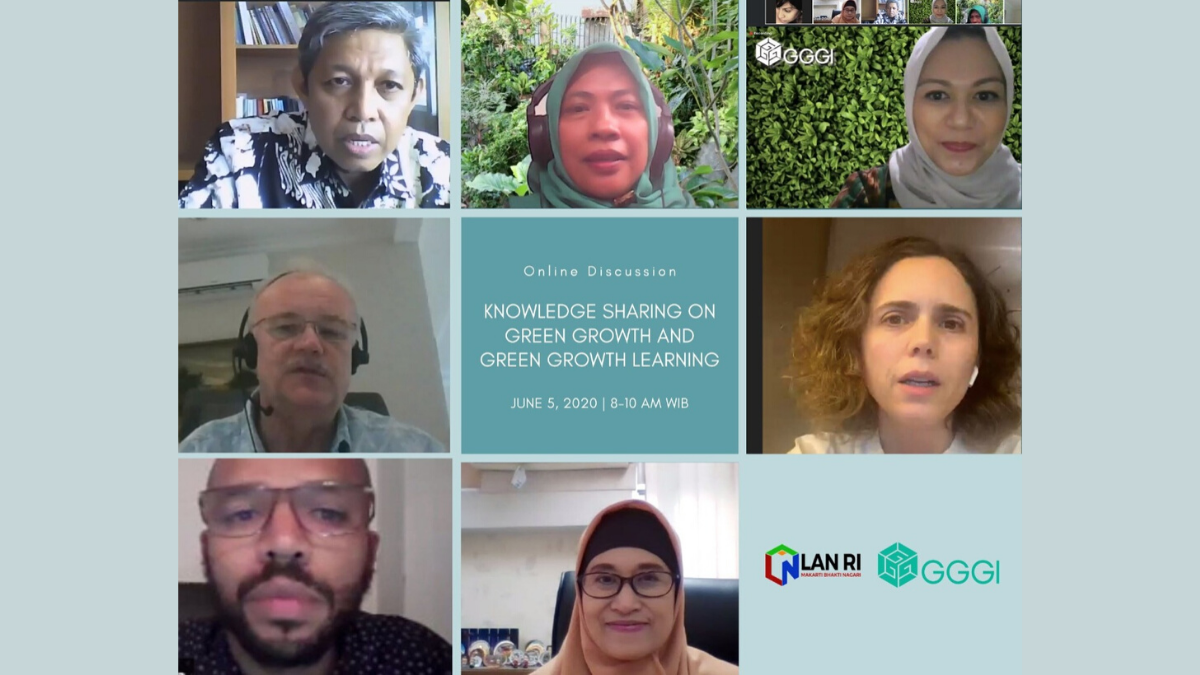 The National Institute of Public Administration (NIPA) of the Republic of Indonesia recently held an... 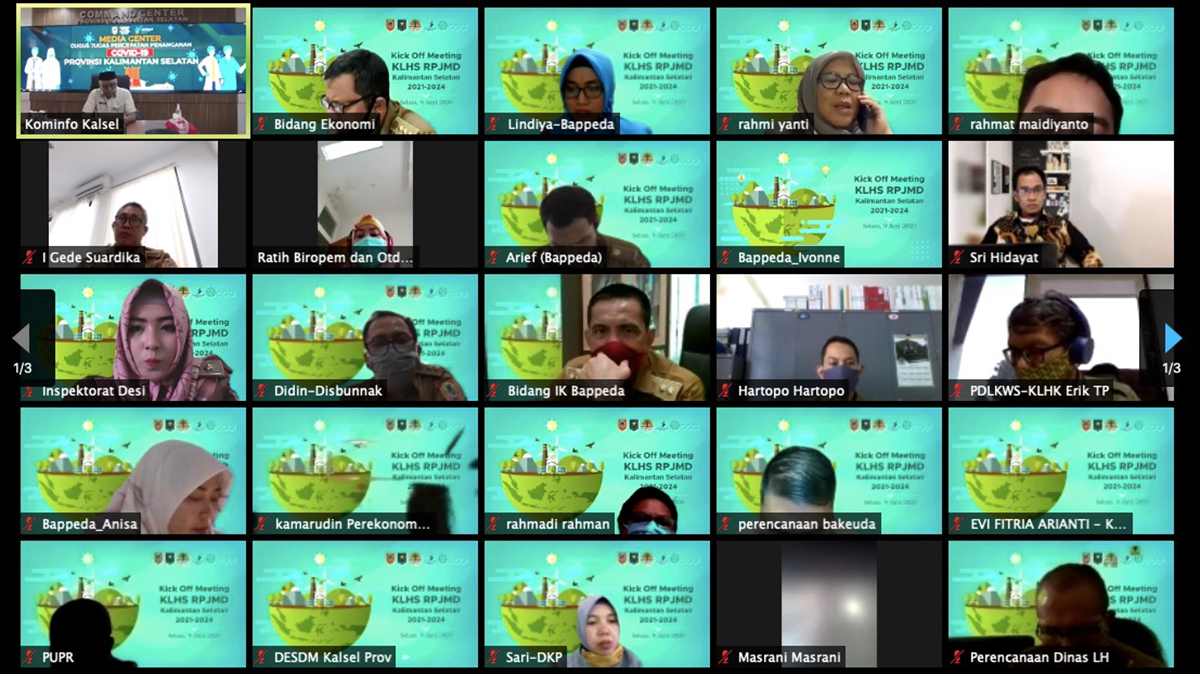 On June 9, 2020, the Provincial Government of South Kalimantan supported by GGGI conducted a Kick-Of... 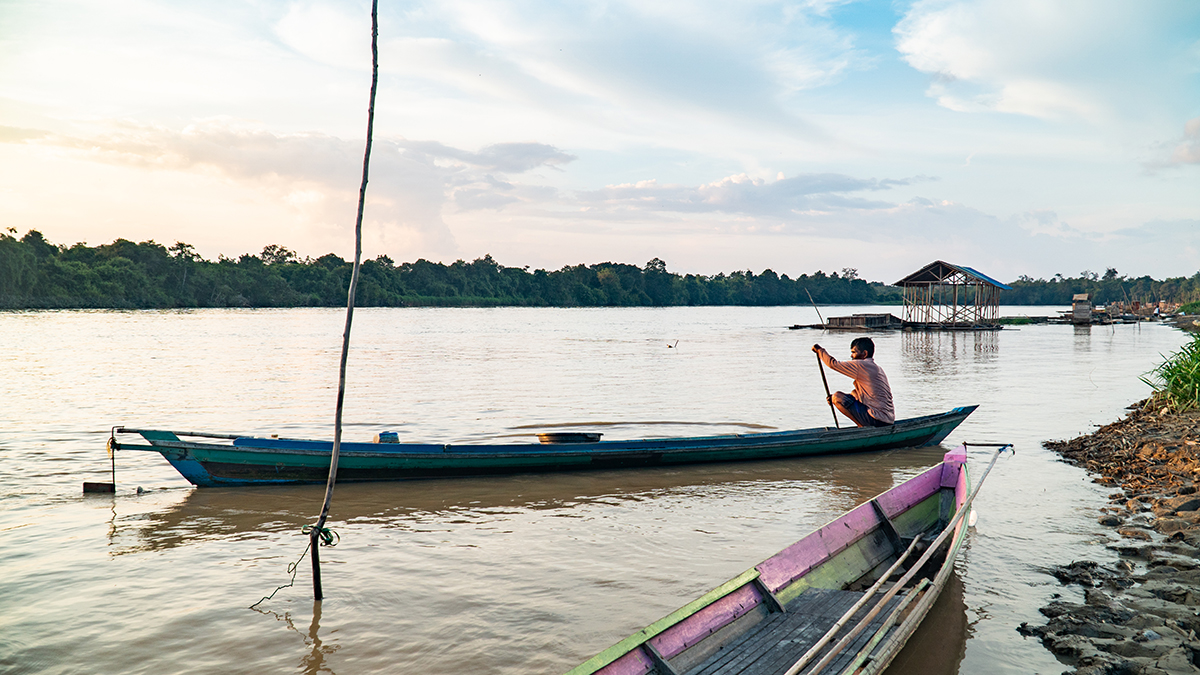 The implementation of transmigration so far has shown a lot of success in terms of regional developm...